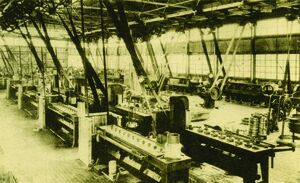 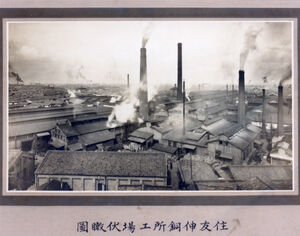 The Sumitomo Group’s roots stretch back to the 17th century. It was in 1630 in Kyoto, during the Edo period, that Masatomo Sumitomo (1585–1652) founded a book and medicine business.

At that time, Japan was a world leader in the production and processing of copper. Thanks to the development and perfection of a new forging technique for copper refinement known as “nanban-buki”, by the end of the 18th century the company had risen to the very top of the copper mining and refinery business. This was swiftly followed by ventures into new fields, such as banking, insurance, heavy industry and electrical cables.

In 1897, the Sumitomo Copper Rolling Works began to produce silicon-copper wires, a move that eventually led to the foundation of Sumitomo Electric Industries in 1911. In the same year, the company shot to public attention by manufacturing Japan’s first high-voltage earth cable. Today, the group has more than 240,000 employees in over 30 countries.

SEI Automotive Europe GmbH was founded in 1997 as a subsidiary of Sumitomo Electric Industries, Ltd. and Sumitomo Wiring Systems, Ltd. It has sites in Wiesbaden and Wolfsburg, and focuses on research and advance product development in the automotive industry.